Incredible routes only accessible by rail

Travel by train and you can watch the views, not the roads. Rocky Mountaineer is so luxurious with amazing hosts, and you can’t see those parts of the Rockies any other way! VIA Rail is great for city hopping or doing an epic journey from east to west coast. 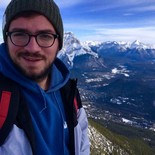 Combine with a cruise

Rocky Mountaineer Free GoldLeaf Rail Upgrade Offer: Receive a complimentary rail upgrade from SilverLeaf to GoldLeaf Service for all guests valued at up to £1,000 per couple or £500 per person when you book an eligible 2022 Rocky Mountaineer holiday* Book by 31 Jan 2022. T&C’s and exceptions apply

Take a look at our best-selling train holiday packages below. 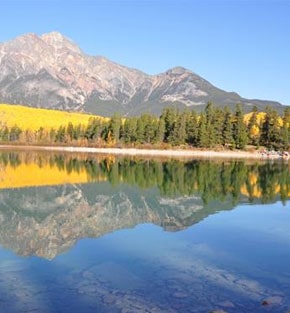 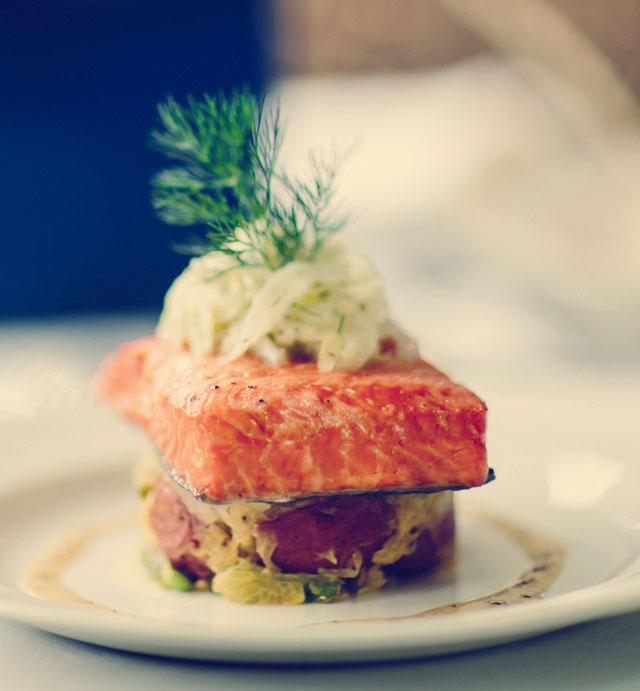 Journey through the Clouds Explorer Holiday 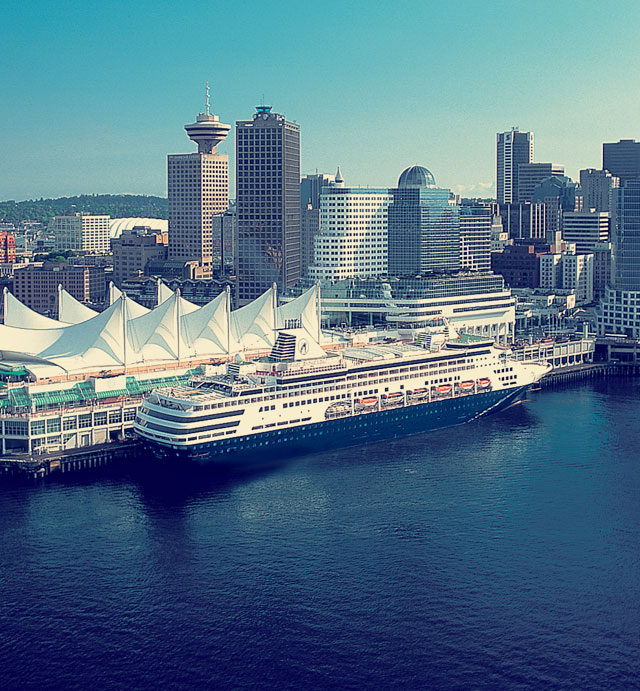 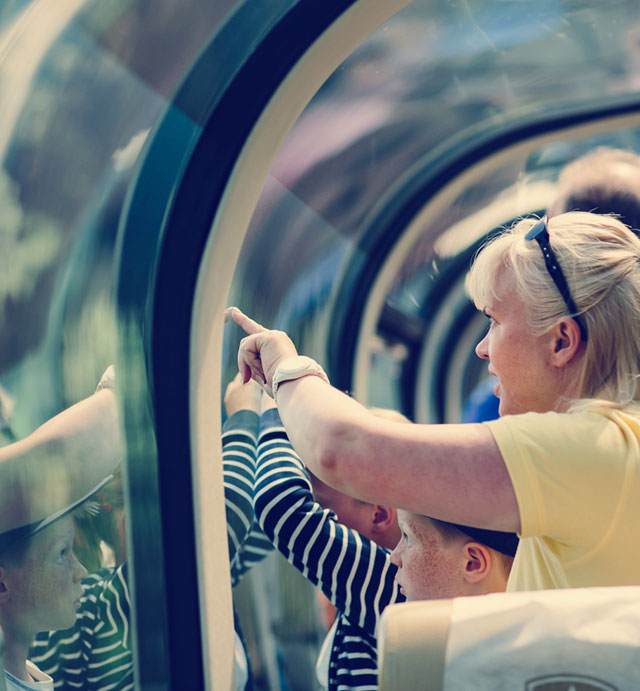 Journey Through the Clouds at Leisure 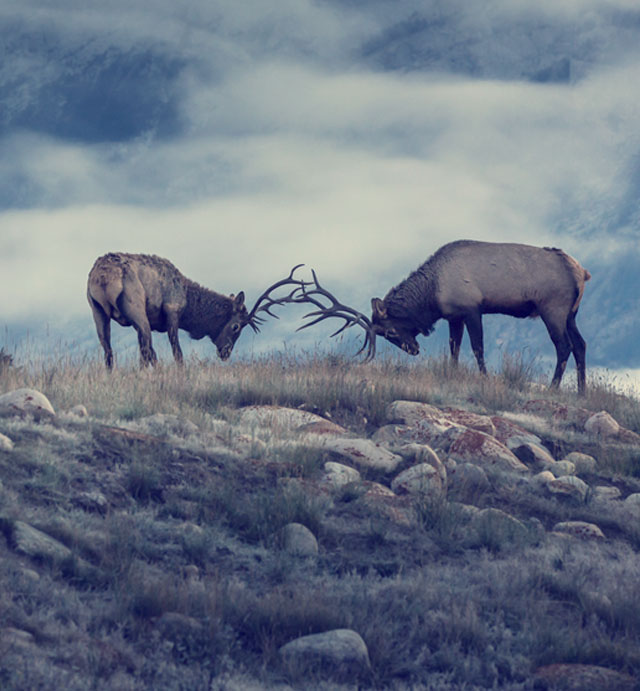 First Passage to the West at Leisure 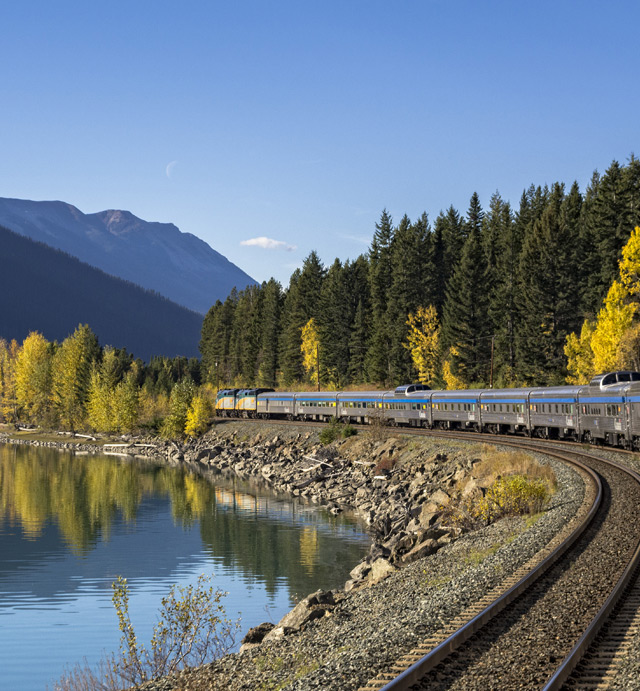 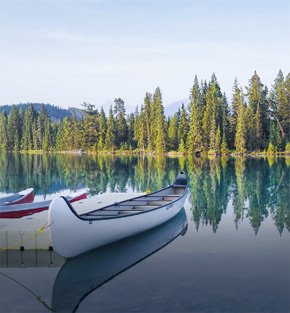 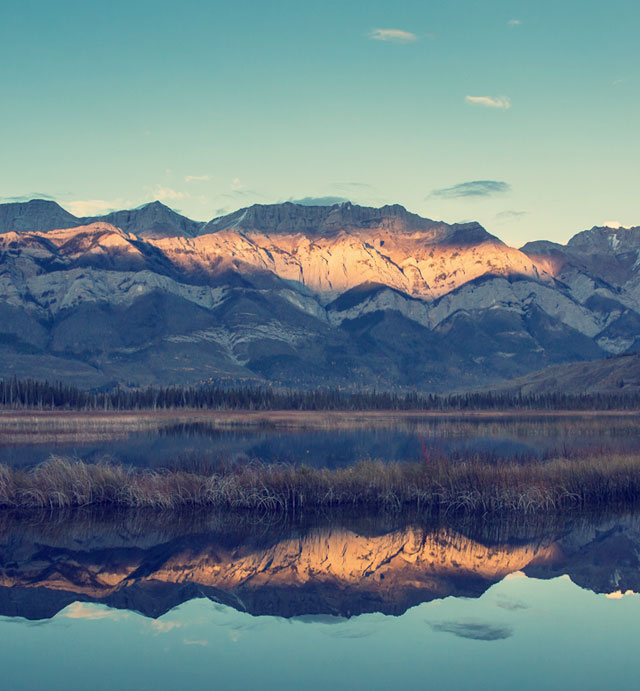 Call us to book

Call our Canada Travel Experts to book your rail holiday. Choose from dozens of train rides and packages or tailor-make your perfect trip from scratch. 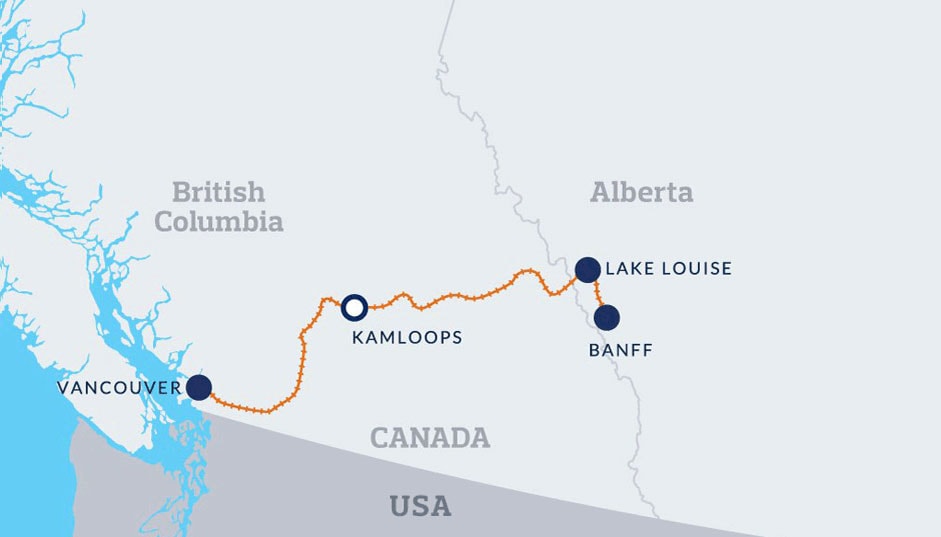 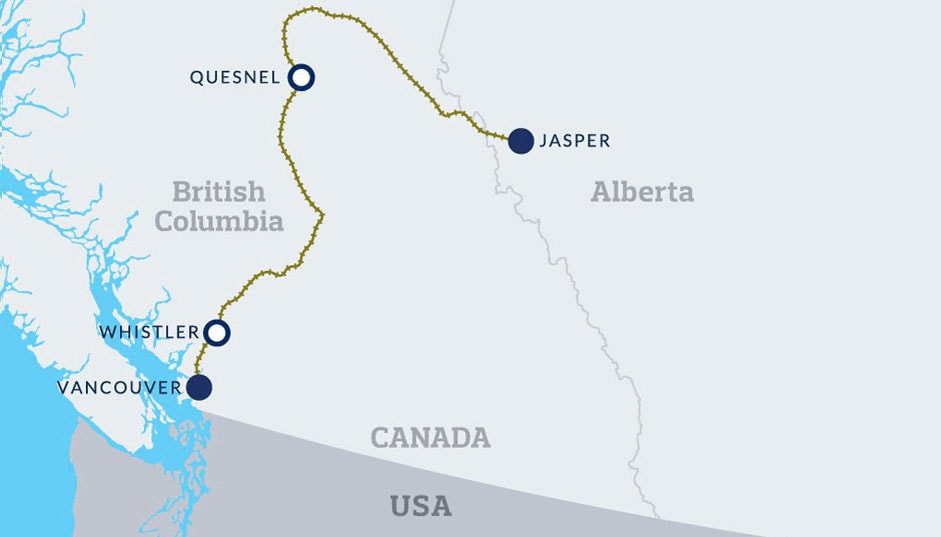 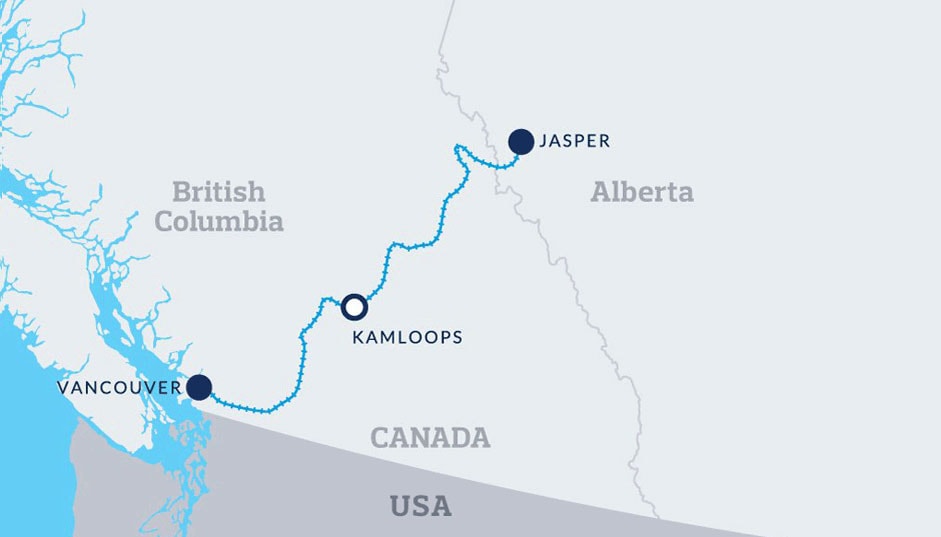 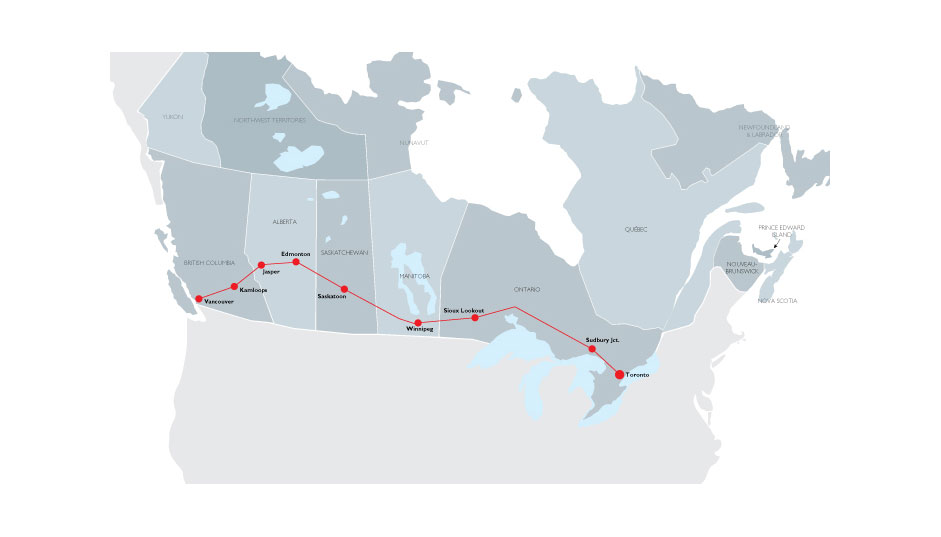 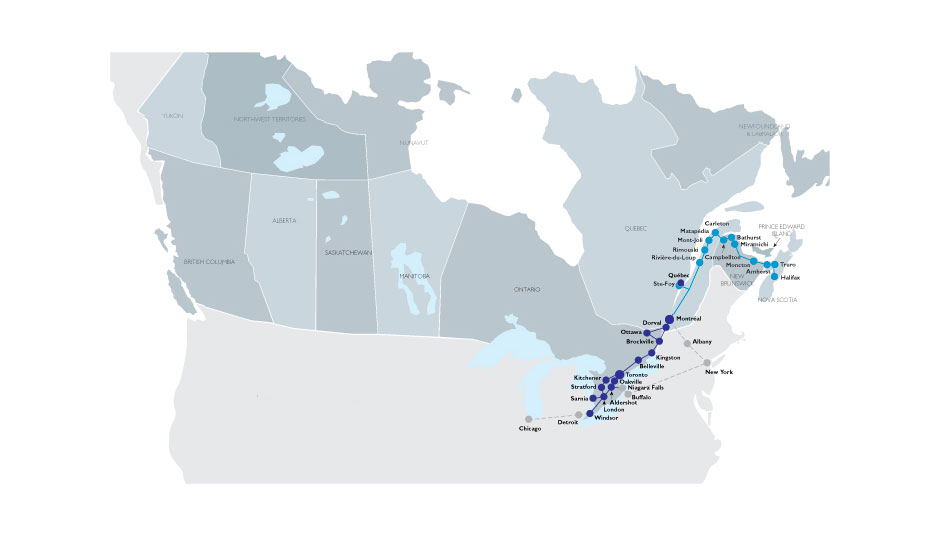 See the view from the tracks yourself with these spell-binding videos of what you can experience on our Canadian train tours. 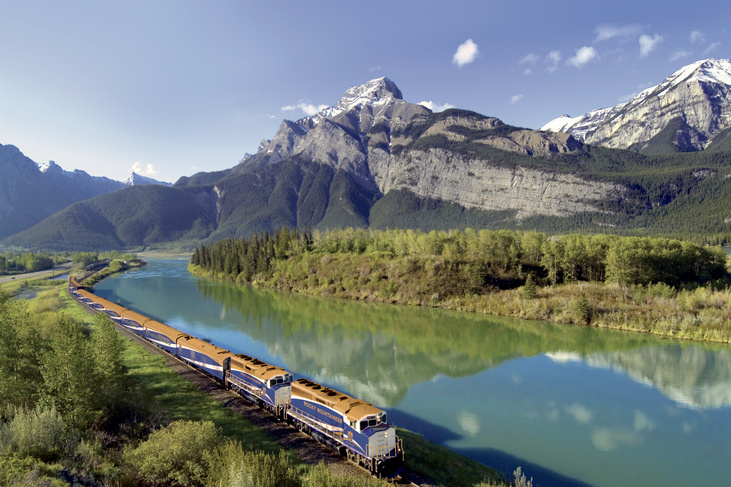 Sometimes, the road less travelled isn’t a road at all. Travel by rail and you’ll see some of Canada’s most pristine wildernesses in locations inaccessible by any other means. Canadian rail tours transport you to some of the most iconic scenery in the country: the peaks of the Rocky Mountains; the valleys of British Columbia; the varied coastlines of the Pacific Northwest and Atlantic Canada. You can tailor your train holiday to include an Alaska cruise or a few days in a city at the end. We work with two fantastic train tour providers offering very different services, but both promise an unforgettable holiday in Canada.

If you’ve heard about the Canadian Rockies train, you’ve heard of Rocky Mountaineer. This is one of the world’s most scenic train rides and one of the most luxurious too. Travel by train between Vancouver and Jasper or Banff, and even take in Seattle in style. This luxury rail service travels only during daylight so you won’t miss a minute of those epic views. Onboard, you’re wined and dined with champagne that's as bubbly as the hosts. If you’ve dreamed of taking a train across Canada from coast to coast, then VIA Rail is your vessel. VIA can take you coast-to-coast in their overnight train called The Canadian, or you can city-hop along the East Coast on their Corridor route, connecting Toronto, Ottawa and Montréal. The Ocean route links Montréal with seafaring Halifax.

More on the blog

What to expect on Rocky Mountaineer

Are meals provided? Where does the train stop? What do I wear? Here's everything you need to know.

Discover the incredible sights you can see on your tour, from the Spiral Tunnels to the Cisco arch bridges.

The history of Rocky Mountaineer

Learn about Rocky Mountaineer's historic routes and its links with the Canadian Pacific Railway.

Atlantic Canada aboard VIA Rail

A first hand account of VIA Rail's ‘Ocean’ route from Montréal overnight to Moncton, New Brunswick and onto Halifax.

A guide to teaming your Rocky Mountaineer train journey with a cruise to Alaska. Find out what to pack and what to expect.

More about rail travel in Canada

The differences between VIA and Rocky Mountaineer train journeys 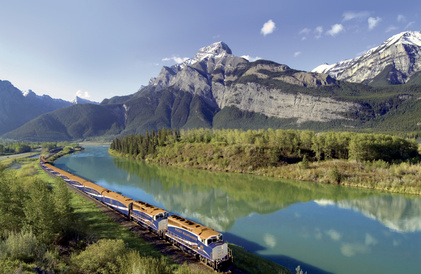 Seeing the Rockies by train

If you’ve heard of an iconic luxury rail tour through the Rockies, you’ll likely be thinking of Rocky Mountaineer. These opulent trains offer daylight journeys through the Rockies and provide a gold-star service onboard. VIA Rail also serves the Rockies on its Canadian route, which is a sleeper service. 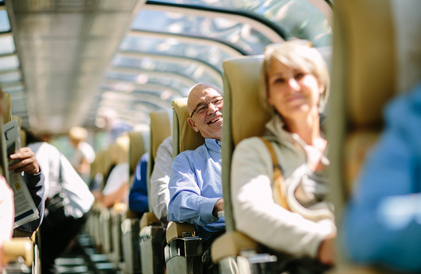 If you don’t want to miss any views, choose Rocky Mountaineer as their rail service only travels during daylight hours. 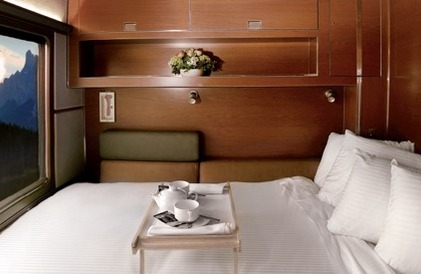 VIA Rail offers sleeper services whereas Rocky Mountaineer doesn’t, so if you’ve dreamt of a cosy cabin bed, go VIA. 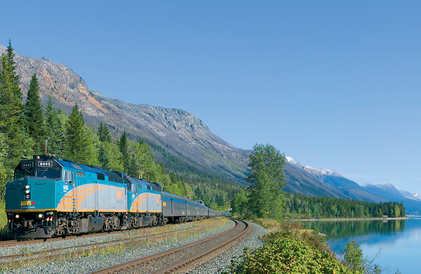 If you’d love to travel right across Canada in a train, taking in everything from the Rockies to the Prairies, VIA Rail’s ‘The Canadian’ is for you.

The best way to Ottawa, Toronto, Montréal, Québec City and Halifax in one trip (without driving) is to hop on VIA Rail. 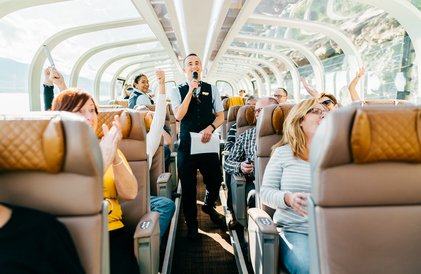 Part of Rocky Mountaineer’s unique experience is its friendly and knowledgeable hosts. If you’d like to hear about history and wildlife, you’ll love their commentary. Plus, they bring you drinks like local wines and snacks fresh from the kitchen throughout your journey.